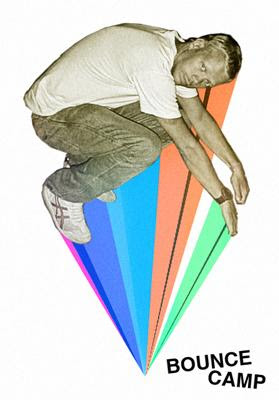 The wonders of myspace! the other day I was surfing…myspacing…and came across the BOUNCE CAMP, I liked his stuff so I thought in feature him on this blog!
His productions really bring back the 90’s sound mixed with the freshness of today, as his name says his tunes can make us bounce all the way!

Finnish producer/DJ Sampo Hanninen a.k.a. Bounce Camp has been making music since his pre-teens. His musical style varies from a afro-karelian cut-up booty-soul to mash-ups, elektro, house and whatever comes in between these. He has also been a part of a monthly club craze in Helsinki, called Solarium. Recently he has moved to Berlin and is into making mash-ups, juke and baltimore tracks. His track “Big Dancin’” is to be released on Helsinki-based Top Billin records next month. (soon available from www.turntablelab.com)

You can check his music here