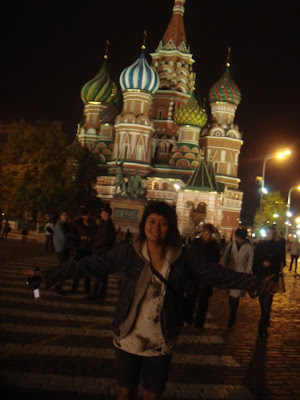 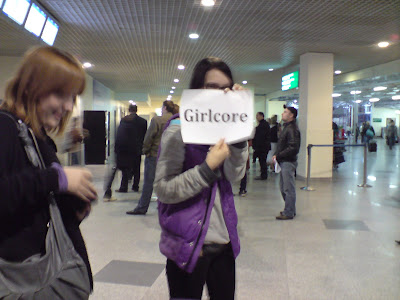 Armed with lots of props and tons of glitter we flew over there, and the reception was incredible! the people at the club were all super nice and kept on taking us places and generally being ultra nice. 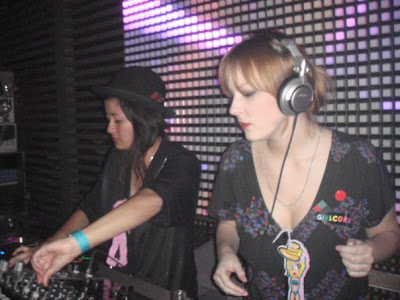 Our theme was London Invasion and Random so we brought shit lots of random objects (as always) including the disco ball and everything and lots of London objects like bobby helmets and even made a post and phone box out of card board! (Thanks Tara!).

We were meant to dj two rooms so Naomi// and I played one and Loki and Marizla played the other one, people loved it! and we’ve got ourselves a residence at Solyanka Club! for us the best club in Moscow! (and the only one we’ve been to…) 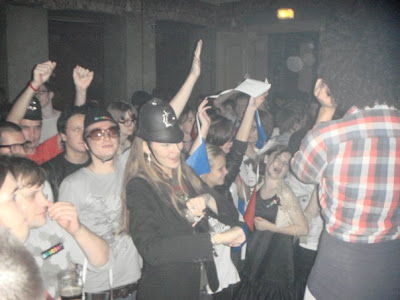 There’s gonna be a video and a blog entry on Dazed Digital coming soon about *GIRLCORE* Moscow, I keep you updated on that one.